One way in which professional sports are relatively fair is that, in each season, teams are almost always given an identical number of home games. This seems like an obvious way to run a sports organization, until you remember that postseason berths in NCAA hoops and football often hinge on incredibly unbalanced schedules.

Playing at home is a benefit, and while the reasons for the overall advantage are somewhat up for debate, there are obvious and unique advantages that make playing at home different each sport.

In our cross-sport paper, Ben designed a pretty amazing chart that highlights, on a probability scale, how the home advantage compares both by sport and franchise. Bars for each term correspond to 95% credible intervals. 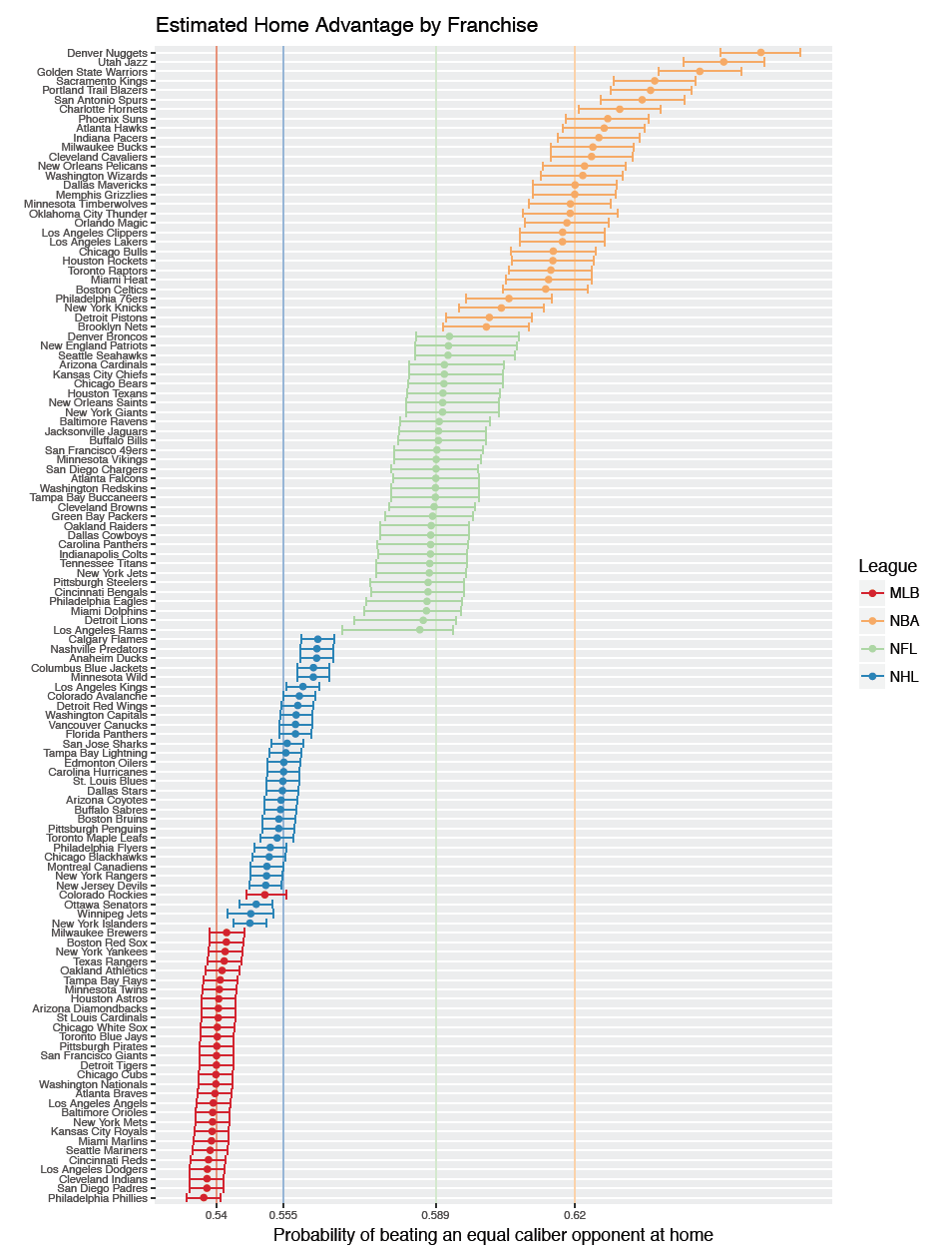 It is substantially more beneficial to play at home in the NBA, and to a lesser extent the NFL, than it is in MLB and the NHL. This isn’t surprising, and confirms what several authors before us have found.

What was most intriguing, however, is if and how teams within each league varied.

Take the NBA, where the difference between the best home advantage (Denver, Utah) and the worst (Brooklyn) is enormous. The estimates above average out to be roughly 2.5 extra wins per year, in expectation, that Denver and Utah get that Brooklyn doesn’t, just by virtue of where the teams play. Using back-of-envelope calculations with respect to the value of a win in the NBA, the home advantage for Denver and Utah is worth about $5 million annually. This is incredible, particularly given that the marginal value of a win for Denver and Utah (good but not great teams, traditionally) is likely higher.

There were likewise modest between-team differences in the home advantage in the NHL – one taken to the extreme this past year by Vegas – while within each of the NFL and MLB, team-level home advantages are mostly the same.

How can this help folks on teams? Here’s a short list.

Note: This is Part III in a set of posts of how betting markets can inform sports fans. To return to the series homepage, click here.