In an NHL game, the next penalty is easier to predict than the next goal

It’s NHL playoff season, which means that, given the relative league parity, every call and no-call comes under a microscope. In the third period of close games, for example, a penalty call alone can decrease a team’s chance of winning by 10 percentage points or more.

One characteristic of NHL games that a few prominent members of the media have picked up on is that penalty calls tend to “even-up” within a game – that is, it is unlikely that either team ends the game with a substantially larger number of penalties than its opponent. Kevin and I, as well as a few others (ex 1, ex 2), have covered this in depth over the last few years.

But a fun comparison I thought to make would be that, instead of the analyzing the impact of penalty differential alone, let’s compare penalty likelihood to goal likelihood. That is, given goal and penalty information from earlier in the game, compare the chance that the next goal is scored by the home team to the chance that the next penalty is called on the home team. 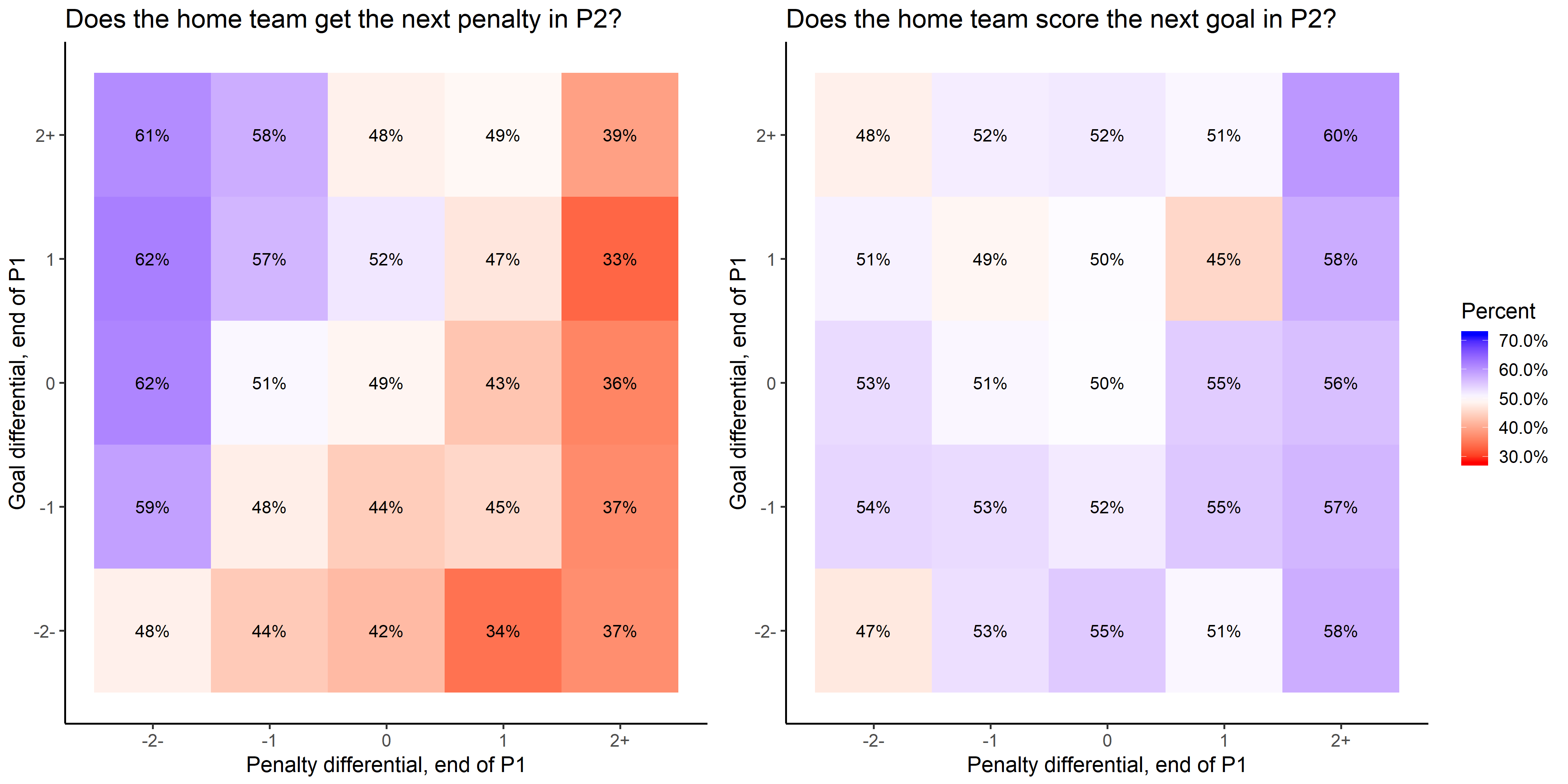 First, the rates shown in the penalty plot are both more extreme and show more consistent of a pattern than in the goal plot. If you want to predict the first penalty of the second period, that’s likely an easier task than predicting the first goal. Second, many of the differences in the goal plot are driven not by goal differential, but by penalty differential. In the goal plot, the pattern looking left to right seems stronger than the pattern looking bottom to top. Thinking more broadly, we’ve long known that score effects impact NHL team behavior – I wonder if part of this is due to the fact that score effects are somewhat of a proxy for penalty differential.